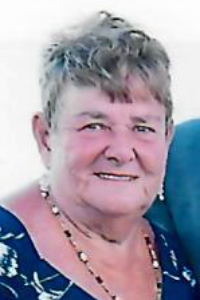 Ann Marie (Small) Kenney, a 17 year resident of Hull and former 25 year resident of Weymouth and formerly of Charlestown, entered into eternal life on Tuesday, November 15, 2022 at the Katzman Family Center for Living in Chelsea. She was 81 years of age.

Ann Marie was born in Boston on May 25, 1941, a daughter of the late William B. Small and Mary M. (Reilly) Small. She grew up in Charlestown where she was educated at St. Francis De Sales Parochial School and graduated from Julie Billiart High School in the North End of Boston. Ann Marie furthered her education later in life and received her Bachelor's Degree in Gerontology from The University of Massachusetts-Boston Campus. Ann Marie worked for many years as a Senior Advocate for the Town of Hull. In her spare time she enjoyed traveling and spending time on the beach. Most of all in Ann Marie's life were her 3 daughters that she was so proud of and later her grandchildren who she cherished and was so very proud of each one of their accomplishments.

Ann Marie is the devoted mother of Maureen Kenney and her partner Paul Keith, Mary Kate Applegate and her husband Ryan and Erin Venuti and her husband Tony. She is the loving Nannie to Kevin Burgess, Patrick Venuti, Lauren Applegate, Meaghan Venuti, Claire Applegate and her grandniece Reilly Bartlett. She is the beloved sister of Peggy Lynch. She is the loving aunt to Shannon Lynch, Billy Lynch and Kathleen Lynch. She is also survived by her grand dogs Pepper and Rosie and also her many cousins.

Ann Marie's family would like to express their sincere gratitude to the Staff at The Katzman Family Center for Living for their wonderful care and devotion to Ann Marie during her stay there.