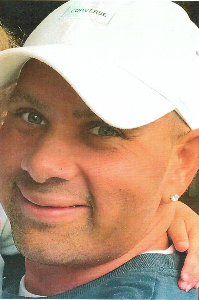 Mark Aaron Yancey was born in Portsmouth, New Hampshire, the third child of four siblings to Ronald A. Yancey Senior and Yvonne McFarland Yancey. Mark went home to be with the Lord on November 16, 2022. He fought the good fight, finished the race and kept the faith. I Timothy 4:7

Mark attended Tabernacle Christian School in Litchfield NH from K3-4th grade later to transfer to South Range Elementary in Derry NH. He attended Hood Memorial Jr. High of Derry where he played Peewee football and learned to play the drums. He came to know the Lord during his Jr. high years and was baptized at St John’s Baptist Church in Woburn MA, where he worked in the audio department recording Sunday sermons. He attended high school at Pinkerton Academy in Derry NH where he was on the wrestling team, DECA- Distributive Education Clubs of America is an association of marketing students that encourages the development of business and leadership skills through academic conferences and competitions, school store, and woodworking. Mark graduated from Pinkerton Academy in 1994. Upon graduation he attended NHTI - NH Technical Institute Community College and graduated in 1996 with an Associates Degree in Business. He loved the beach, camping, monopoly, woodworking, interior decorating, cars, designer clothes, the newest cell phone addition, but more than anything he cherished his children.

Mark was employed by Budget Car Rental for 20 years until he succumbed to his fight with Diabetes. Mark enjoyed working for Budget. The excitement of driving a new car everyday was his joy and working for exceptional people was an additional bonus. Earlier he was employed by Hertz Rent a Car, U.S. Cellular, and TJ Maxx.

A funeral service will be held on Monday, November 21, 2022 at 11:00 am in First Baptist Church, 44 East Broadway, Derry, NH. The burial will follow in Pillsbury Cemetery, Hovey Rd., Londonderry.