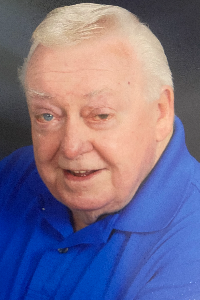 We are sad to announce the death of John J Horgan Jr , age 84, of North Port Fl. Formerly of Dorchester and Braintree Ma. He passed away peacefully on November 11, 2022.
Beloved husband of 60 years to Marie (Beninati) Horgan, Devoted father to John Horgan and his wife Rhoda, Jim Horgan, Donna Galvin and her husband John, and Debra Horgan. Most importantly John was Handsome Papa to Jonathan , Jenna, Jared, Jessie, Ally, Caitlin, Courtney, and Abbey Horgan, JT and Kyle Galvin, Nicholas, Dominic and Talia Tantillo. He is also survived by many nieces , nephews, family and friends.
John was born in Dorchester where he started his family with Marie before moving to Braintree. He was a Teamster Truck Driver and Local 718 Boston Firefighter. After retiring he remained active driving the Carney Hospital shuttle bus and as Sealer of Weights and Measures for the Towns of Braintree and Needham.
John enjoyed his time as Exulted Ruler of the Braintree Elks and as President of the All Souls Men’s Group. He loved being Mayor of the Hamlet of Braintree and Ringing out his neighbors of Diamond View NH.
Whether at work or play he made us all laugh. He was an endearing character that won the hearts of all he met earning him many Nicknames along his way , most notably “the Commish” . His most precious title of all was “Handsome Papa” for he was truly at his best with his Grandchildren.
A 10 AM Mass will be held on Friday, November 25, 2022 at St Gregory Parish , 2215 Dorchester Ave, Dorchester Ma. 02124. Followed by a celebration of life at the Florian Hall, 55 Hallet St. Dorchester, Ma 02124. Burial will be private. In lieu of flowers donations may be made in John’s memory to St Jude Childrens Research Hospital, 501 Saint Jude Place, Memphis, TN 38105