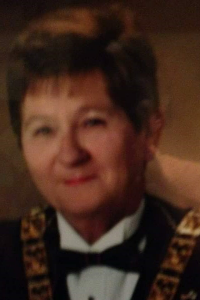 Sharon Lee (Dillon) St. Hilaire, 80, of Medway died November 15 in Brigham & Women’s Hospital. She was the wife of the late Richard St. Hilaire.

Born in Syracuse, New York, July 3, 1942, the daughter of the late Ronald O. and Edith G. (Schwartz) Dillon, Sharon was raised in Syracuse and had lived in Medway for the past 48 years.

Sharon had been a recreational therapist at Medfield State Hospital for 26 years before retiring.

Sharon was a member of the Franklin Lodge of Elks since 2002. She was one of its first female Exalted Rulers and served in 2011. Sharon was named Elk of the Year in 2006.

She is survived by her children, Deborah Garland of Framingham, Daniel Fralick of Franklin and Tammy Aulenback and her husband Richard of Millis.

Sharon is also survived by her grandchildren Amanda Chace and her husband Richard of Norfolk, Brad Aulenback and his fiancé Dee Dickson of Medfield, Kasey American Horse and her husband Joshua of Waltham, Stephen Garland, Teresa Reynolds and Michelle Garland of Troy, Illinois, Shane Kelley, Robert Garland, Alicia Garland of Framingham, and Glen Mattson and his fiancé Nardia Parajo of Lynn.

Calling hours will be held on Monday, November 21 in the Ginley Crowley Funeral Home (www.ginleyfuneralhomes.com) 3 Barber Street Medway from 5 - 7 p.m.

The Elks Club will conduct a Lodge of Sorrow at 6:30 p.m. Burial will be private.

In lieu of flowers donations may be made in her memory to St. Jude Children’s Research Hospital 501 St. Jude Place, Memphis, TN 38105.