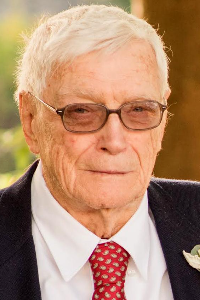 
LIMERICK- James Everett Welsh of Limerick, Maine passed away November 13th at the age of 93. During, his life he also lived in Chatham, Millis, and Medway, MA. He occasionally spent summers in Parrsboro, Nova Scotia.
Jim was born on July 25th, 1929, to James and Alice (Parsons) Welsh in Cambridge, MA where he spent much of his youth. He graduated from Norfolk County Agricultural School, Norfolk, MA in 1948, where he was Class President. He was very proud to be the U.S. #1 Champion of best judged chickens and turkeys. Realizing being a farmer would not support a family, in 1958 he attended night school for television and radio repair and became very proficient in electronics.

He worked as a Lab Technician at MIT in Cambridge, MA and also worked at Avco in Wilmington, MA and Baldwin Lima Hamilton in Waltham, MA.

He served in the USAF. In 1948 he was stationed in Bremehaven and Weisbaden, Germany in the military police. He had 50 years of membership in American Legion Post 208 in Millis, MA and served as Post Commander in 1971.

With his dad’s influence of being a carpenter, Jim self-studied carpentry and formed a building company with his brother Paul and later formed his own company. He built houses on Cape Cod, Maryland, Maine, and New Hampshire, and for many years with his son Michael. All his children worked for him during summers and learned the skills of carpentry.


Jim was a man of many interests: wood carving, scuba diving, camping, traveling, clamming, beekeeping, and raising Military Police Shepherd dogs. His lifelong passion, starting at the age of 12, was researching his Nova Scotian ancestors. Through his genealogy research, he shared his skills with many others. He learned computer skills to aid in this research. Throughout his life he was a man who continually educated himself.

Jim and his late wife Lena (Kobzar) married in 1948 and together had 8 children. Jim was a loving father of this large family and took special joy in being a grandfather and great-grandfather. He is survived by his sons and daughter: David (Beverly) of Westford, MA; Jamie (Pattie) of Shelton, WA; Michael (Sheryl) of Limerick, ME; Brenton (Ruth) of Orleans, MA; Brandon (Rufely) of the Philippines; Lauren of Millis, MA; and Richard of Juneau, AK. He is also survived by 14 grandchildren, and 10 great-grandchildren, as well as his long-time companion, Priscilla Gallant. He is predeceased by his wife Lena of 49 years, son Steven, and siblings Douglas, Leland, Marjorie, Paul, and Alice.


The Celebration Service of James Welsh’s life will be held on Saturday, December 10th at


11 AM at the United Methodist Church of Westford, MA. In lieu of flowers, the family requests donations be made to any of the following organizations: