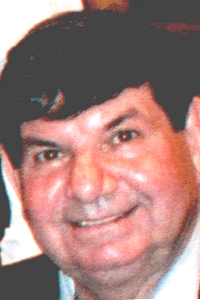 Theodocios "Teddy" Voyiatzis, 80 of Holden died Tuesday, November 15th, 2022 with his loving family by his side. He is survived by his loving wife, Georgia (Raptis) Voyiatzis of Holden; his son, George and his wife, Eleni Voyiatzis of Cambridge and by his grandchildren, Georgia and Theodocios. His son, Demetrios “Jim” Voyiatzis passed away in 2018.

Teddy was born in Hrisohorafa, Greece to parents Demetrios and Chrysanthi (Alexiadis) Voyiatzis. He is predeceased by his four older brothers, John, Alex, George, and Jordan. His kindness and hospitality endeared him to many. Teddy immigrated to USA in 1966 where he worked at The Eden Garden Restaurant. Two years later he went back to Greece to meet and marry his beautiful wife Georgia. Together they came back to the US, and started a family. They lived in Worcester, Myrtle Beach, and Holden MA. Teddy was a chef and restaurateur and was well known for his Coral Seafood Restaurant from its inception on Green Street and its later location on Shrewsbury Street. He was a founding member of the Cultural Center Hrisohorafiton, Alexander the Great. Teddy loved spending time with his wife, tending to his bountiful vegetable garden, visiting his family in Greece, and cooking for his family and friends. He will be sorely missed by many for his kindness, his big heart, and loving smile.