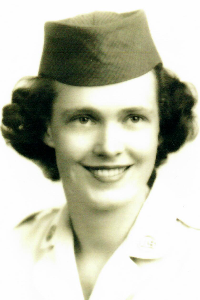 Joan Gertrude (Kelly) Snow, 86, of Somerville, formerly of Charlestown and Dorchester, entered into eternal rest on November 13, 2022. She leaves behind her husband Alfred (Al), of Somerville; her five children: Richard Forrester and his wife, Martha of Brockton; John Forrester and his wife Patricia, of Brockton; June M. McNabb and her husband Henry, of Somerville; Norita M. Stutto, widow of Joseph, of Chelsea and Mark Melanson, of South Attleboro. She also leaves behind 11 grandchildren and three great-grandchildren; as well as Al’s 5 children, 4 grandchildren and 1 great grandchild. Joan was predeceased by her parents, John and Agnes (Greeley) Kelly of Somerville and her sister Norita Lee, of Charlestown and St Thomas US Virgin Island. She was also predeceased by her former husbands: James Forrester of Maine and Melvin Melanson of Dorchester. She is also survived by her sister, Jan Kelly of Provincetown as well as her dear friend June E. (Stratton) Newman, of 70 years, whom she proudly served in the United States Air Force with.

Family was the key to Joan and she was always proud of her children and grandchildren and could often be found with a photo album, bragging about their accomplishments, to everyone and anyone who would listen.

Joan was a 1953 graduate of Girls High of Boston, MA and in 1954, she enlisted in the United States Air Force Veteran, where she proudly served her Country during the Korean War. She was the past Commander of the American Legion, JW Conway Bunker Hill Post 26. While living in Dorchester, Joan was very active with St. Peter’s Church bowling league. Joan was employed by the Bank of Boston, Casual Male XL and Dirigo Spice Company.

Relatives and friends are invited to attend Joan's Funeral on Friday morning, November 18, 2022 at 9 A.M. from The Carr Funeral Home, 220 Bunker Hill Street, Charlestown followed by her Funeral Mass in St. Francis De Sales Church, 313 Bunker Hill St. Charlestown at 10 A.M. Her burial will take place at Woodlawn Cemetery in Everett. Her visiting hours will be on Thursday, November 17, 2022 from 4 to 7 P.M. in the funeral home.