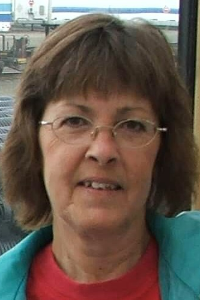 Karen Anne (Henry) Seal, 67, of Medway died peacefully November 11th at her home due to complications of Ataxia and Multiple System Atrophy (MSA-C). She was the wife of Lester J. Seal for the past 48 years.

Born in West Roxbury, Karen moved to Medway in 1963. She was a graduate of Medway High School, class of 1973, and also a graduate of Northeastern University.

Karen retired from State Farm Insurance after 43 years, most recently as an auto claims estimator throughout Massachusetts and Rhode Island.

She was praised for her gardening skills and ‘green thumb’, maintaining a large vegetable garden every year. Since 1990 she was an original member of the Massachusetts Miata Club, and was Treasurer during the early years. She and Lester took many road trips throughout the U.S. and Canada, and cultivated many friendships throughout the years.

Karen loved her dogs and was a valued member of the Patriot Flyball Team.

She is also survived by her Uncle Joe Bogan, several nieces, nephews and many cousins, along with her beloved border collies Stig and Phantom.

She was predeceased by her mother Maria Molino, her father Richard Henry, and her Aunt Rita Bogan.

Her funeral service will be held on Friday, November 18in the Ginley Crowley Funeral Home (www.ginleyfuneralhomes.com) 3 Barber Street, Medway at 11:00 a.m. Burial will be in St. Joseph Cemetery, Medway.

Calling hours will be on Thursday, November 17th from 6-8 p.m. in the funeral home.

In lieu of flowers, donations may be made in Karen’s memory to Medfield Animal Shelter at (www.medfieldshelter.com).