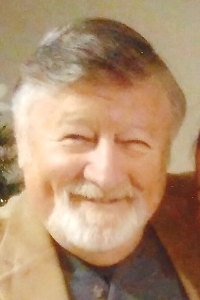 William F. “Bill” Tibbert, Jr., age 73, of Mansfield, passed away on Friday, November 11, 2022, surrounded by his loving family. He was the beloved husband of Susan (Boldrighini) Tibbert for 54 years.

Born in Natick MA on June 25, 1949, Bill spent his childhood in Mansfield, graduating from Mansfield High in 1967 and resided in Mansfield for many years. He was the loving son of the late William F. Tibbert Sr. and Evelyn R. (Jacobs) Tibbert. Bill was the son in law to Margaret Boldrighini of Mansfield and the late Albert and Carol Boldrighini.

Prior to his retirement, Bill worked as a plumber for 50 years, the last 30 for Goold Plumbing. Bill always enjoyed his close friends, including frequent group trips on his motorcycle or playing golf. He was an accomplished race car driver, competing throughout the New England areas with a close group that he truly considered family.

Bill’s greatest pleasure though, was his family. In addition to his devoted wife, he is survived by his loving children, Terri and her husband Rick Arquin of Tennessee and Tina and her husband Michael Savage of Norton. He was also a cherished grandfather of Vicki, Jacki, Brittany, Alex, Jake, Ben and Sam and was a great grandfather to Mia, Taylor, Caleb, Jaxon, Emerson, Jenna and Kayley.

He was a dear brother to Marsha and her husband Robert Peach of Sandwich and a brother in law to Mark and Gladys Boldrighini of Littleton, Lindy and Jim Keating of Sacramento, Lisa and Raymond Pelrine of Mansfield, Neal and Lynette Boldrighini of Mansfield, Louis and Susan Boldrighini of Houston, Ed and Kelly Troy of Mansfield and the late Paula Gendron. Bill was also a favorite uncle to several nieces and nephews.

Relatives and friends are cordially invited to attend visiting hours on Friday, November 18th from 4:00-8:00 P.M at the Sherman Jackson Funeral home, 55 North Main St., Mansfield.cBurial will be private.

In lieu of flowers, donations in Bill’s memory may be made to the Mansfield Animal Shelter, P.O. Box 25, Mansfield, MA 02048.