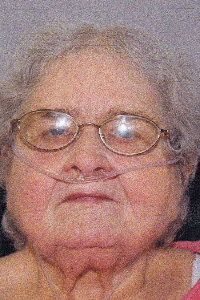 Mary A. Zadorozny, 75, of Manville died Sunday November 6, 2022 at Landmark Medical Center in Woonsocket. Born in Woonsocket she was a daughter of the late Joseph and Barbara (Hartman) Zadorozny. She was a lifelong resident of Manville.
Mary was a graduate of Central Falls High School class of 1965. She received her Associates degree from Community College of Rhode Island (CCRI) class of 1971 and her Bachelor’s degree from Rhode Island College (RIC) class of 1973.
Mary was employed at American Tourister in Albion for many years. She also worked at Classic Manufacturing in Smithfield and American Leather Company in Providence before retiring.
Mary was a lifelong communicant of St. James Parish. Along with her family Mary enjoyed numerous trips to memorable destinations throughout the United States and Canada. Mary liked to spend her free time immersed in a good book with novels, mysteries and fiction being among her top choices. She also liked playing solitaire.
Mary will be remembered as a quiet person who loved being with her family.
Mary is survived by her sister Carol Zadorozny of Manville and her extended family including an uncle, aunt and many cousins. Mary was the devoted sister of the late Diane Zadorozny who passed away in 2015.
Her Mass of Christian Burial will be Wednesday November 16th at 10:00 am in St. James Church, Division St. Manville. Beginning at 9:30 there will be an opportunity to pay your respects to Mary and the family at St. James Church. Mary will be laid to rest with her beloved family at St. James Cemetery in Manville.
Arrangements are in care of the Menard-Lacouture Funeral Home, 71 Central St. Manville.
www.menardfuneralhome.com