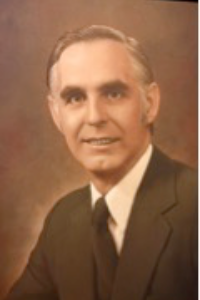 Donald R Lacourse, age 88, of Franklin, passed away peacefully after a long battle with illness.

Donald was a beloved husband, father, grandfather, great grandfather, brother, uncle and friend to many. He was a caring, strong, intelligent, athletic, and successful man who was committed to his family and his career in finance spanning over 40 years. Donald loved his family dearly and always could be counted on to bring positive energy to those around him and in everything he did.

Donald was an avid baseball player and a dedicated lifelong fan of the Boston Red Sox. He was an All-Star Athlete and awarded most valuable player in baseball in 1953 from Lowell High School. After high school, he graduated from Lowell Commercial College. Donald began his career at the Bon Marche in Lowell, MA. He was recruited by the Allied corporate office in NYC to become a traveling auditor. Donald and his wife, Pat, moved all over the country over a six-year period auditing retail stores. From there, Donald was promoted to the operating division within the corporate office in Manhattan. After living in NYC and NJ for several years, Donald and his family moved to upstate NY where he was promoted to Vice President of Dey Brothers in Syracuse. Donald enjoyed his time in Syracuse; he maintained an excellent work/life balance by spending time with his family outdoors and riding horses, especially his favorite mare, Ruby. From there, he was promoted to Senior Vice President & Treasurer of Jordan Marsh in Boston, MA. While living in Franklin, MA, he developed his own lease consulting business, Profit Plus Services. Shortly thereafter, Donald was given an opportunity to become the Chief Financial Officer of Trimingham’s in Bermuda. Donald and his wife lived in Bermuda for nine years. During this time, he continued to maintain his work/life balance by spending time walking and swimming at the beautiful beaches of the island.

Donald had a great love of the ocean; spanning several decades, he could often be found enjoying the beaches in West Palm Beach and Hampton & Seabrook, NH, spending time with his family bodysurfing, building sandcastles, walking the beach, and searching for sand dollars. Donald was a model of a man; he loved his wife, Pat, dearly, and was tremendously committed to spending time with his family and ensuring that everyone felt loved and secure. Donald was also a talented ballroom dancer. From the time he met his wife at the Commodore ballroom in Lowell, he continued to share his love of dance and music with his family and friends throughout his life. Donald was often the life of the party and could always be counted upon to share his positive energy and dynamic dance moves with those around him.

Although he will be missed dearly, his family wishes him peace as he continues on his journey. Donald’s legacy of love and kindness will always live on in the hearts and minds of those who knew and loved him.

A private funeral service has been planned for immediate family.

A Celebration of Life event by invitation will be announced at a later date.

In lieu of flowers, donations can be made to the Franklin Senior Center, 10 Daniel McCahill St, Franklin, MA 02038.