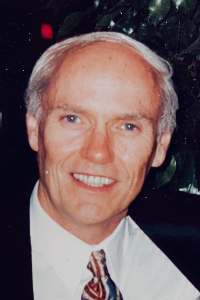 
James Edward O’Neil, “Jim“, age 80, a 50-year resident of Winchester, passed away peacefully surrounded by his family on November 8, 2022. He was the beloved husband for 56 years of Ann M. O’Neil.

Born in Medford, he was the son of Paul and Anna O’Neil. Raised and educated in Medford and a graduate of Medford High School, he then went on to attend Northeastern University, the University of Wisconsin, and Suffolk Law School. Jim joined ROTC, was a Lieutenant in the U.S. Army, and served in Vietnam.

Jim worked as a Certified Public Accountant and Lawyer for 41 years for the U.S. Government. Upon retirement, he continued to work as a consultant, preparing taxes and assisting with Estates, Wills, and Trusts. He had over 100 clients before he finally stopped working at age 76. Many of his clients were friends, family, as well as community pro bono work. His passion, generosity and expertise will be missed.

Jim was a remarkable and present father, husband, and grandfather. He was a lover of nature and the interests of his family. For years he coached youth soccer and baseball for his daughter and son. He also tended to an enormous garden for decades in his backyard with, at times, over 20 varieties of vegetables. He was an avid walker in the Fells near his home – taking his children and grandchildren along for nature walks and lessons. One of his favorite places to spend time was with Ann and the family on Nantucket, swimming, body surfing, biking, and taking in nature.

In addition to his devoted wife, Ann, Jim is lovingly survived by his children, Tricia Syed and her fiancé Michael Rossetti, and Jeffrey O’Neil and his wife, Sara. He was the loving grandfather or, as they called him, “Poppy” to Mohsin, Madeline and Simone. He is also survived by his sister-in-law Jane (Frank) Fantasia, brother-in-law Robert Cavagnaro and brother-in-law James Selvitella. He was pre-deceased by his sisters Ruth Zimmerman and Eleanor Selvitella and his sister-in-law Laurie Cavagnaro.