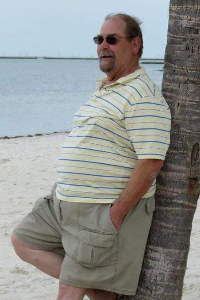 Tony Merlton Norton, 76 of Tewksbury, passed away on Saturday, November 5, 2022 with his wife by his side. He was the beloved husband of Linda Jeanne (Hicks) Norton, with whom he celebrated their 28th wedding anniversary last July.

He was born on June 7, 1946 in St. Pauls, North Carolina and was a son of the late John Fred and Ophelia (Phieps) Norton. He was raised in St. Pauls, where he attended the area schools graduating from St. Pauls High School.

Tony worked as a battery technician for the former Polaroid company for over 40 years before his retirement. Tony was an avid hunter and loved spending time with his brother. He coached Tewksbury Youth Football for over 30 years and volunteered for many various activities on and off the field during those years.

In addition to his wife, he is survived by his son, Michael Norton and wife Tracy and his 7 grandchildren of Methuen, MA; and his stepchildren: Kristen Ingersoll and husband John of Danville NH and Keith Johnston and his fiance Erin and his granddaughter Isabel of Marietta GA.

Tony is survived by his brother Fred Norton of Lunenburg, MA. He was preceded in death by his beloved sisters; Vickie Hernandez of Tewksbury, MA and Glenda Kanakaris of Virginia Beach, VA.