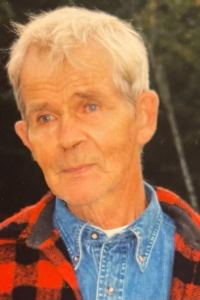 HOLLIS- Erik Haakon Johnson (87) of Hollis, Maine, died Sunday morning, November 6, 2022, at the Gosnell Memorial Hospice House in Scarborough, Maine. He was born on May 25, 1935, in Boston, MA. He is predeceased by his parents, Shirley (Swaim) Nickerson and Frederick Johnson as well as his twin brother, Peter Dyer Johnson, sister Sally (Johnson) Guth, and son Scott Johnson.
He attended numerous schools during his childhood and after being discharged from the US Army, having served as a helicopter pilot in Korea, he went to Boston University on the GI bill. He transferred to the Boston Architectural College and graduated from there.
Erik is survived by his wife, Anne (Wolf) Johnson; their daughter, Helen Elizabeth Johnson and her partner, Christopher Cole; his son, Loring B. Johnson; granddaughter, Olivia Finnley Johnson-Cole; brother, Timothy S. Johnson of Chester, VT. and half-sister, Susannah Nickerson (Stephen) Chamberlin of Fairfax, VT.
Erik worked as an architect in Boston and Burlington, VT and then as a carpenter on Cape Cod. He was, in his own words, a “Renaissance” man. His creativity expressed itself in every project he undertook from decks, porches, kayak building or house additions, to pottery, photography, sculptures, paintings and his one-of-a-kind bird houses that he designed, built and painted in various delightful colors.
While living on Cape Cod, helping care for his wife’s parents, he was an active member of the PTA at his daughter’s elementary school. As a handyman, he helped many of his elderly neighbors.
When he moved to Maine, he became a member of Sacred Heart St. Dominic Church (SHSD) in Portland and modeled the welcoming nature of that community every Sunday. He was a member of PAX Christi Maine and demonstrated for years in Monument Square for peace and against torture. He also belonged to two prayer groups which originated at SHSD Parish. He worked on the original crew of Furniture Friends - finding, storing and transporting items to newly sheltered folks in Portland.
Erik loved being out in nature, going birding with his beloved wife, walking on the beach and talking to everyone he met. He was deeply concerned about the environment and was constantly encouraging friends, family and strangers to act now or our “Mother Earth” would not survive.
His parting message to his Hospice caretakers was: “Celebrate your life and those around you and let people love you.” Erik touched many lives and will be deeply missed.
A Mass to celebrate Erik’s life will be held at Sacred Heart St. Dominic Church in Portland at 65 Mellon Street on Saturday, November 26th at 10am.
Online condolence messages can be submitted at the Chad E. Poitras Cremation and Funeral Service website, www.mainefuneral.com
In lieu of flowers, donation can be made to:
Citizen’s Climate Lobby
1330 Orange Ave.,
Suite #309
Coronado, CA 92118

or online at citizensclimatelobby.org