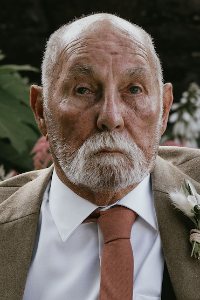 Paul D. Ainsworth, 79, of Westport passed away, Friday, November 4, 2022, at Charlton Memorial Hospital. He was the husband of Jeannie (Lavoie) Ainsworth of Westport for 59 years.
He was the son of the late James W. and Dorilda (Bolduc) Ainsworth.
Mr. Ainsworth was born in Fall River, and had lived in Westport since 1964.
Paul had been the owner & operator of Ainsworth Auto Body and Grampy Paul’s Pickled Products. He enjoyed snowmobiling, skiing and racing cars.
Survivors include his wife, a daughter Paula Ainsworth- Wright and her husband Andrew Wright of Westport; 2 brothers: John Ainsworth of Middletown, RI and Russell Ainsworth of Westport, a granddaughter Samantha Ainsworth- Wright and her husband Kyle Connolly.