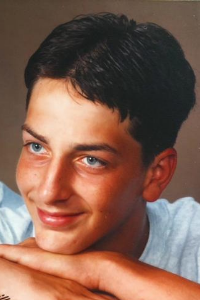 He was born on October 15, 1979 in Portsmouth, Ohio to John and Goldie (Brown) Ward. He was a loving husband, father who adored his children and was a family man. He was an avid outdoorsman who loved to hunt, fish, and racing cars at the Anderson Speedway. He loved owning and operating JDWRecovery LLC. towing and recovery service since 2008.

He was preceded in death by his father, John Ward and his brother, Johnny Ward.

A funeral service will be held at 3:00pm on Wednesday, November 9, 2022 at Rozelle-Johnson Funeral Service with Ned Clark officiating.

Visitation will be from 1:00pm to 3:00 pm on Wednesday at the funeral home.

Memorial contributions may be given to The Family of Jamie Ward, c/o Danille Ward at the funeral service.