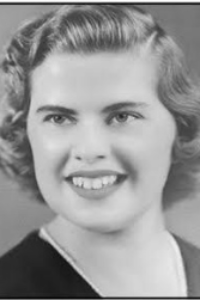 Virginia (Leonard) Aikens passed away October 31, 2022 in Elkridge, Maryland at the age of 94 after a 6 month illness.

Virginia was born in Brockton, Mass. on August 21, 1928 to the late Ralph H. Leonard and Ruth (Mecarta) Leonard. After graduating from Brockton High School, she worked as a reporter for the Brockton Enterprise for several years in the 1950s. She married the late Eric H. Aikens in 1957 and became a homemaker, living in Pennsylvania, Massachusetts, Maryland, New Hampshire, and New York as she and her family followed Eric's career with General Electric Company.

Services will be private at the Conley Funeral Home in Brockton, MA, on November 9.