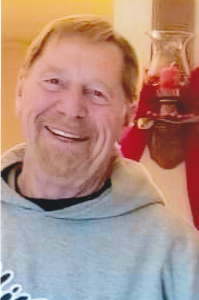 He worked assembly at Borg Warner for many years.

He was preceded in death by his parents and his sister, Aletha Spangler.

Funeral services will be held at 5:30 P.M. on Thursday, November 10, 2022 at Rozelle-Johnson Funeral Service.

Visitation will be from 3:30 p.m. until the service Thursday at the funeral home.

Memorial contributions may be given to American Cancer Society.