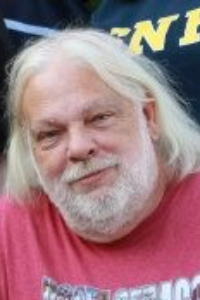 William K. “Bill” Robinson, 69, of Derry, NH passed away Monday, November 7, 2022, at Parkland Medical Center after a period of declining health. Bill was born November 4, 1953, in Lowell, MA and was a son of the late Willard and Helene (Cook) Robinson. He was raised and educated in Tewksbury, MA. Bill has been a resident of Derry since 1986.

Bill worked as a machinist with TRW for more than 20 years, before becoming a truck driver. He drove for several companies and finished his career with Ryder. Bill’s hobbies included watching television, enjoying a Diet Coke, and spending time with his family. He was an avid collector of Coca-Cola memorabilia, and loved nostalgia and traditions.

After cremation, visiting hours will be held Monday, November 14, 2022, from 5:00 pm to 7:00 pm at the Peabody Funeral Homes and Crematorium 15 Birch Street, Derry. A graveside service will be held Wednesday, November 16, 2022, at 11:00 am at Forest Hill Cemetery in E. Derry. To send a condolence, please visit www.peabodyfuneralhome.com.