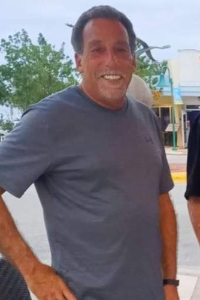 Richard M. Fresco of Malden, passed away on November 6, 2022, after a hard fought and courageous battle with cancer. He was 70 years old.

Richard, known as “Richie” to his many friends and lovingly known as “Pa” to his grandchildren.

Funeral will be held from the A. J. Spadafora Funeral Home, 865 Main Street, Malden on Thursday November 10th at 9:00am followed by a Mass of Christian burial in Saint Joseph’s Church, 770 Salem Street, Malden at 10:00am. Relatives and friends are respectfully invited to attend. Visiting hours will be held at the funeral home on Wednesday from 4-8pm. Interment will be in Holy Cross Cemetery, Malden.

In lieu of flowers memorial donations in Richard’s memory may be made to Saint Jude Children’s Research Hospital at stjude.org