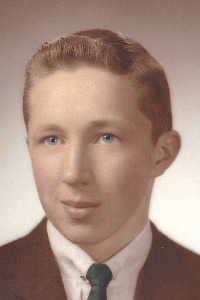 Roger P. O’Connor, age 78, of Norton, passed away peacefully at home, surrounded by his loving family on Saturday, November 5, 2022. He was the beloved husband of Sandra J. (Potter) O’Connor, to whom he was wed on November 15, 1969.

A resident of Norton for the past fifty-two years, Mr. O’Connor was a retired Software Engineer, having worked at Visaer in Woburn. He had previously been employed at the Foxboro Co. and at Fanny Farmer Candy.

Roger’s family was always the focal point of his life. He was a worldwide traveler, enjoyed bike riding, playing golf, tennis, sailing and staying in shape at the health club at the Mansfield Holiday Inn.

Relatives and friends are cordially invited to attend a graveside funeral service on Monday, November 14th at 1:00 P.M. at the Newland Cemetery, 70 Newland Street in Norton.

Visiting hours are omitted and in lieu of flowers, Roger’s family has requested that donations in his memory be made to the Alzheimer’s Association, 309 Waverly Oaks Road, Waltham, MA 02452.

Arrangements are under the care and direction of the Norton Memorial Funeral Home, 19 Clapp Street, Norton.