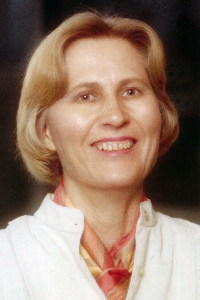 Of Needham, passed away peacefully on October 25, 2022 at the age of 91. She was predeceased by her loving husband of 67 years, Walter T. Tower Jr. She is survived by her four boys Seth, Ethan and his wife Kay, Joshua and his wife Molly, and Caleb and his wife Edith, along with 10 grandchildren and 2 great grandchildren. She was the daughter of the late Joel Bernard Fresen and Florence (Rosenwall) Fresen.

June was born in Hartford CT and raised in New Britain CT, where she attended New Britain High School. She graduated from Skidmore College in 1952 with a degree in art. She taught high school art in Binghamton NY for several years before becoming a full-time mother. She was a resident of West Newton for most of her adult life until 2005 when she and Walter moved to Wellesley, and later to Needham in 2015.

June was an accomplished artist and gallery director. She created many diverse and fanciful sculptures in several media including metal, plaster, and fabric. She was also the founder and creative director of the Chapel Gallery in West Newton from 1982 – 1991. Chapel Gallery was awarded the “Best of Boston” award from the Boston Globe, which described it as “a place that launched important new talents and gave seasoned artists a noncommercial place to show”.

June was an avid sailor, and together with Walter and her boys, she sailed far and wide in New England, Eastern Canada (as far north as Goose Bay, Labrador), and Northern Europe (from the south coast of England, east to Helsinki, north to Bergen, and many points in between). She also enjoyed spending summer days at her family cottage on Lake Pocotopaug CT.

Memorial services will be private. In lieu of flowers and remembrances, please make a charitable donation to an institution of your choosing in her name.