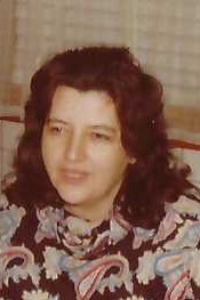 Barbara E. G. Jordan, 80, of Groton passed away peacefully on the 2nd of November after fighting a long battle with dementia.
She was born in New London on July 20. 1942, the daughter of Oscar A. Geyer Sr. and Marion L. Holt Geyer. Barbara lived in Norwich, then Groton where she was a resident of the Groton Regency for the last several years.

Barbara worked in childcare for most of her life and then as a homemaker. Barbara always had a smile. She was an avid reader and also loved to knit and crochet.

She is survived by her son, Scott Jordan, her sister Bev Geyer Kavanagh, her brother Oscar A. Geyer Jr. and sister-in-law Lucille Geyer, and several nieces and nephews.

Barbara is predeceased by her husband, John Jordan, as well as her brother Frederick Geyer.

A Private Graveside Service will be held in Elm Grove Cemetery, Mystic.