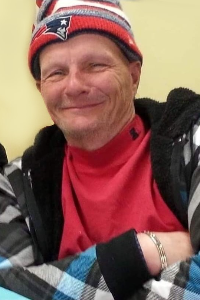 Robert was born on March, 1, 1953, the son of the late Edward Franklin and Madeline Louis King.

Thank you for the last year and a half for being our confidant and helping us through the toughest times of our lives. We will miss you. Always and forever, love Lori and Troy.

For those who wish, the family suggests memorial donations in Robert’s name be made to the New Hampshire Humane Society, PO Box 572, Laconia, NH 03247.