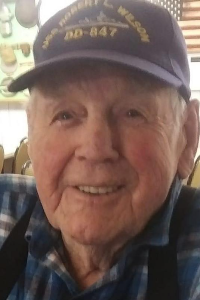 He was born in Portland on April 30, 1935, a son of the late Walter and Sadie (Reed) Jordan. He proudly served his country in the US Navy.

Throughout his working years, Donald worked as a lobsterman and carpenter.

He enjoyed hunting, fishing and camping, and was a longtime member of the American Legion in Naples.

A celebration of life for Donald will be held Thursday evening, Nov. 10 at 6 PM at the American Legion Post #155, 26 Casco Road in Naples.

Burial will be private at Friendship Cemetery in Standish.