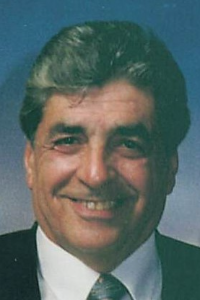 William S. Matarazzo, lifelong resident of Medford, passed away on Monday, October 31st. He was 87. Born and raised in Medford, he was the cherished son of the late Salvatore and Antoinette (Luongo) Matarazzo. William was a late Korean War Veteran, serving in the United States Marines Corps. Later he had a long, prosperous career as a postman for the United States Postal Service.

William had a strong work ethic and worked a second job to support his family. He enjoyed spending time with his children, grandchildren and friends. He was always the life of the party. He was dedicated to serving his community and was the president of The Sons of Italy. William earned the title of Man of the Year, President of the Wellington Glenwood Little League, and was a volunteer for the city, and active in local politics.

William married his high school sweetheart, the late Marie Ann (Mondi) Matarazzo. He was the devoted father of Deborah Amaral and her late husband Rui of Winthrop, Janice DePace and her husband Francesco Sr. of Medford, and William “Billy” Matarazzo and his wife Katy of Methuen. He was the loving Pa of Sarah Sheffield, Alissa Amaral, Francesco DePace Jr., Joseph DePace, Michelle Matarazzo, Samantha Matarazzo and Jason Guarino and his wife Diana. He was the great Pa of Autumn Sheffield, Jordyn, Lilly and Julian Guarino. Dear brother of the late Jeanette Cerullo and her husband Henry and the brother in-law of the late Domenic Mondi and his wife Celia.

Relatives and friends are respectfully invited to visit at the Dello Russo Funeral Home, 306 Main St., Medford on Sunday, November 6th from 3 to 6 PM and again on Monday morning at 10 AM with a procession to St. Raphael Church, 512 High St., Medford, at 11 AM. Services will conclude with burial at Oak Grove Cemetery, Medford.