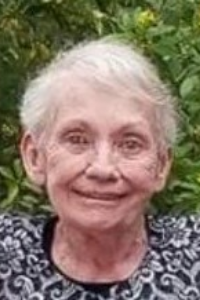 Barbara A. Travers, age 81, passed away on Sunday, October 30, 2022 at St. Elizabeth’s Hospital in Boston. She was the wife of the late Richard F. Travers. Barbara was born in North Dighton at the former Mount Hope Hospital to the late George Sullivan & Grace (Knott) Sullivan.
Barbara leaves her beloved children, Linda L. Henault of Taunton, Richard P. Travers of East Taunton, Stacy E. Jette and her husband Christopher of Oakland, FL., and Tracy E. Tinkham and her husband Scott of Taunton. Barbara was the grandmother of eight grandchildren; Jennifer Henault, Alannah Almeda, Stephanie Simeone and her husband Kervin, Emily Travers, Tyler Jette and his wife Molly, Brayden Jette, Leah Tinkham, and Amy Tinkham. Most recently, she became a great grandmother to Luke Jette. She is also survived by many nieces and nephews, and cousins.
Barbara was a graduate of Dighton High School and Bridgewater State College. She was a teacher at the Taunton public schools before leaving to raise her family. She returned to work for the state of MA in the surplus property program where she worked for many years. In her later years, Barbara worked locally for Slips Capeway Marine before retiring.
All who knew Barbara knew of her passion for politics. She was elected to the MA Democratic City Committee in 1972 and has served as the secretary and co-chair. In 1980, she was elected to the MA Democratic State Committee where she also served as Secretary and was a delegate to the national convention as a presidential elector. Barbara attended numerous state conventions and state and federal swearing in ceremonies before becoming a lifetime member in 2000. Barbara continued to be involved in politics throughout her lifetime.
Funeral home visiting hours will be held at the O’Keefe Wade Funeral Home, 70 Washington St., Taunton, MA 02780 on Friday, November 4th from 9:30-11am. A short funeral home service will be held at 11am. Burial will be in St. Francis Cemetery in Taunton. Donations in her memory may be made to the Taunton Democratic Committee, C/O James Clasby, [email protected] Visit our website www.okeefewade.com to sign the online guestbook, view obituaries and obtain directions.