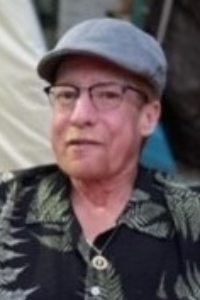 Kevin M. O'Connell, age 64, of Medford passed away on Friday, October 28th, at Massachusetts General Hospital of Boston. Raised and educated in Burlington, he was the son of Lawrence and Eleanor (Noone) O'Connell, who still reside in Burlington. A Medford resident for the past 23 years, Kevin retired a First Class mechanic of the MBTA.

Kevin was a longtime member, and two time past Exalted Ruler, of the Elks Lodge. He enjoyed golf and played in a weekly league, and loved camping at Pine Acres Camp Ground in Raymond, New Hampshire. He cherished his dear friendship with Billy Russell, and hunting trips with his uncle Frank. Kevin was a doting grandfather to his six grandchildren, who brought a softer side to him.

Funeral from Dello Russo Funeral Home, 306 Main St., Medford on Thursday, November 3rd at 9 AM followed by a Mass of Christian Burial celebrated in St. Francis of Assisi Church, 441 Fellsway West, Medford, at 10 AM. Relatives and friends are respectfully invited to attend, and may visit with his family on Wednesday, November 2nd from 4 through 8 PM in the funeral home. Interment will be private.