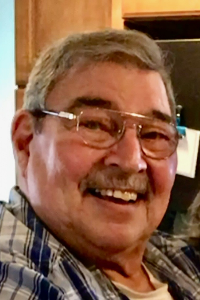 Paul J. Zahner, Sr. 74, of Bourne formerly of Walpole, Franklin and North Attleboro, died October 27 at home following a long illness. He was the husband of Linda L. (Giandomenico) Zahner for the past 38 years.

Born in Norwood, April 20, 1948, the son of the late Christian and Irene (Costello) Zahner, Jr. Paul was raised in Walpole and had lived in Franklin and North Attleboro before retiring to Bourne in 2007.

Paul had been a mechanic for S.M. Lorusso Company in Walpole for many years. He then worked for Majors RV Company in Bourne and the Sullivan Tire Company.

He enjoyed NASCAR racing, cooking, camping and spending time with his family.

Paul served in Navy during the Vietnam War, attaining the rank of ADR 3.

He was the brother of the late Christian A. Zahner, II and brother-in-law of the late Deborah Zahner, and Mark Labadie.

He is also survived by his grandchildren, Jake Zahner, Timothy Delano and his wife Alyson, Matthew Delano, Allison Delano, Ryan Delano and Nick Baltadonis and his wife Kimberly.

He was the grandfather of the late Katie Zahner.

His funeral mass will be celebrated on Wednesday, November 2 in Blessed Sacrament Church, Walpole at 10:30.
Burial will be in St. Francis Cemetery, South Walpole.

Calling hours will be on Tuesday from 4-8 p.m. in the Ginley Funeral Home of Franklin (www.ginleyfuneralhomes.com) 131 Main Street, Franklin.

In lieu of flowers donations may be made in his memory to the Joe Andruzzi Foundation (www.joeandruzzifoundation.org).