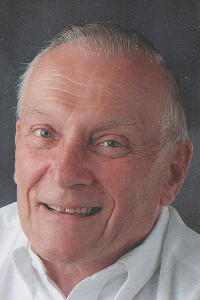 Richard “Dick” Towle was born in Beverly Hospital to Howard W. and Janet (Bullock) Towle. He was the eldest of their three sons, raised in Manchester-by-the-Sea, Massachusetts.

Dick was active in the community as a call firefighter and police photographer and served in the Army. He was also active with Boy Scout Troop 3, Manchester Club, and HUB Division model railroad group as well as other train related groups. Dick’s heart remained in Manchester-by-the-Sea even when he had to move away.

He had a long career as a professional photographer and later as a trainer for emergency responders in Rail Safety and Response. Dick only “retired” at 83 so that he could care for his wife, Diane, who had advanced dementia.

He loved reminiscing about visits to Old Orchard Beach/Ocean Park and any time he could spend in the great State of Maine. Dick loved eating out, and was said to know a good restaurant wherever he might travel. He will be remembered as a loyal friend, great storyteller, devoted event planner, and avid railroad enthusiast.


Dick was predeceased by his son Robert J. Towle, his wife Diane D. Towle, and his brother Donald A. Towle. He is survived by his brother David A. Towle and wife Christine of Florida; son Richard E. Towle Jr. and his wife Melanie, and their children Timothy and Anna of Norton. He is also survived by several loving nieces.


Interment will be at Pleasant Grove Cemetery in Manchester, MA on Monday, November 14, 11am.