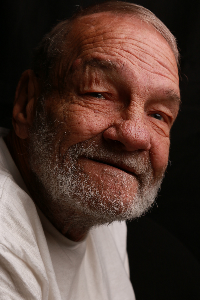 Larry The Can Man Van Ness

Larry Eugene Van Ness, "Larry The Can Man", passed away October 24, 2022 from complications of his injuries after being hit by a vehicle.

Larry was born February 17, 1947 in Elwood, to Rosemary Adams Hoppe and Loren E. Van Ness, Jr. He lived most of his life in Anderson.

Larry's mission was collecting can tabs for Ronald McDonald House in Indianapolis. From 2003 thru 2022, he collected nearly 27 million can tabs and was covered by the paper, TV news and social media. Larry was greatly loved by his community. His untimely death is a great loss to the city of Anderson.

He is preceded in death by his mother, father and his sisters, Cassandra Wellman and Janice Martz.

He is survived by his sister, Robin Blake and his aunt, Marilyn (Phil) Landes, along with many aunts, uncles, nieces, nephews, cousins and friends. He is also survived by friends he named his "Angels", who include Rachel Landers, Jaona Burk, Raina Rigney, Tania Thomas and Sheila Eller, and his good friend, Doug Smith.

The funeral will be held at 10:00 a.m. on Thursday, November 3, 2022 at Rozelle-Johnson Funeral Service. Burial will be in East Maplewood Cemetery, Anderson.

In lieu of flowers, memorial contributions may be given to : Ronald McDonald House Charities of Central Indiana.

Pop tabs can be donated at the funeral home on Wednesday and Thursday. They request that you please write your name on the container.