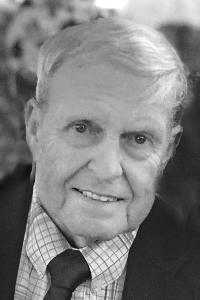 Born in Cambridge, Massachusetts in 1946 he was the son of the late John and Elizabeth (Dunleavy) Toomey.

Richard was raised in Somerville and attended Matignon High School. He graduated first in his class at Mass Maritime Academy in 1967. This was the start of a lengthy and proud maritime career resulting in many adventures at sea as Captain for the Lykes Brothers Steamship Company.

He was married to the love of his life, the late Lorraine (Archer) Toomey for 33 years before her passing in 2006.

The “Captain” enjoyed many adventurous years at sea before he came ashore to work as a port Captain in Virginia Beach, VA. After his retirement from sea life, he spent many years volunteering his time with the Knights of Columbus and most recently as a Tax Specialist with H&R Block.

He was a stereotypical salty seaman with a dry sense of humor and a quick wit. He was quite the character and his legend will live on.

Family and friends are invited to attend his visiting hours on Sunday October 30 from 4:00-7:00 PM in the Blanchard Funeral Chapel, Plymouth Street (Rte. 58 @ the rotary) Whitman and his funeral service on Monday October 31 at 9:45 AM from the Chapel, followed by a funeral Mass at 10:30 AM in the Holy Ghost Church, Whitman. Burial will follow in the Saint James Cemetery.

In lieu of flowers, memorial donations may be made to Massachusetts Maritime Academy Foundation at 101 Academy Drive, Buzzards Bay MA 02532