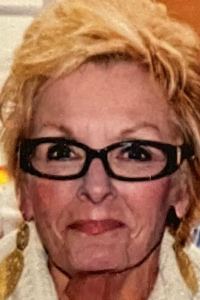 SEBAGO - Gail M. Irish, age 66, passed away on October 23, 2022, with family by her side. Despite having her share of medical challenges, her passing was sudden and unexpected, leaving her family and friends heartbroken. Gail was born in Portland, Maine on December 24, 1955, to loving parents Edward J. And Eleanor M. Foley. She grew up in Gorham, Maine, graduating from Gorham High School. Gail enjoyed growing up in the heart of Gorham, right on Main Street, with her brothers Ralph (Mike) and Timothy. In her adulthood, Gail married her first husband, Walter Ridlon and had two children, Angela and Edward. Gail was a doting mother. Gail and Walter settled in Sebago, Maine and that special spot became her forever home. She was welcomed immediately into the fabric of that close knit community. Gail began working at the Sebago Town Hall, eventually becoming the Deputy Town Clerk. She loved working for the town and cherished her relationships with townspeople. She made very special friendships with her coworkers Beverly Cox, Ruth Douglas, and George Tinkham who became more like family to Gail. Gail met and fell in love with Craig Irish. In 1994, they were married at the home of Craig’s brother, Kerry, and his wife, Beth in Westbrook. Gail and Craig were inseparable and enjoyed many happy years of marriage. They truly enjoyed time spent together at home. They had many special pets that had pieces of their hearts, especially Hunter the beagle. Gail loved her family and was a devoted daughter. Gail and her mother, Eleanor, were especially close and Gail welcomed her mom into her home in Eleanor’s later years. Gail loved time with the Foley family at Brandy Pond, bowling and BEANO with her many friends, many great times at Barker Pond with the Andersons, Chases, and Douglas’. Gail also loved following her children’s sports pursuits, eating dinner at the counter at Four Seasons Store, and helping Wanda Plummer teach dance. Every winter, she looked forward to helping George and Betty Tinkham make wreaths and sell Christmas Trees at the Tinkham Christmas Tree Farm on Hogfat Hill. After Craig’s sudden passing in 2020, Gail’s heart was broken. She faced medical issues and had some difficult days. Gail tried to get well for her family, especially her beloved grandchildren, Noah, Ellie, Mia, and Grace. She enjoyed time spent with them and was a loving, fun, and spunky grandparent. Gail is predeceased by her parents, Edward and Eleanor Foley; her beloved husband, Craig Irish; her brother, Ralph “Mike” Foley; and recently by one of her best friends, Ruth Douglas. She is survived by her daughter, Angela Ridlon McMahon and her husband Russ of Cornville and her son, Edward Ridlon and his wife Jasmine of Sebago. Gail is survived by her 4 precious grandchildren, Noah and Eleanor McMahon of Cornville and Mia Letarte and Grace Ridlon of Sebago; her dear brother, Timothy Foley of Westbrook, and also her sister-in-law, Rebecca Foley of Sebago. Gail had many beloved nieces and nephews who brought her much joy. Gail is survived by her first husband and friend, Walter Ridlon. She leaves behind many in Craig’s large family, such as his mother, his two children, and his brothers and sisters. Finally, she also leaves behind special friends Janet Anderson and family, Esther Chase and family, as well as the Douglas family. The family would like to send their appreciation to the doctors and various healthcare providers that worked with Gail. They went above and beyond and Gail formed many special relationships with them, especially Dr. Friedman at Martin’s Point, Dr. White who even recently sent her a postcard from Greece, and her special PT friend, Mark. Your efforts mattered and did not go unnoticed.

A celebration of Gail’s life will take place on Thursday November 3, 2022, at 11 am at the Poitras Neal & York Funeral Home in Cornish, Maine. A reception will follow for those interested at Bay Haven Lobster Pound Restaurant. In lieu of flowers, donations can be made in Gail’s name to a Sebago charity of your choice or the Harvest Hills Animal Shelter.