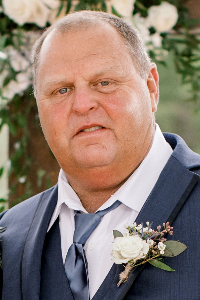 Funeral service will be held 4 PM, Friday, October 28, 2022, at The Paulk Funeral Home Chapel in Fitzgerald, with the Rev. Allen Arowood officiating. Interment will follow in the Pinetta Cemetery, in Irwin County, Georgia. The family will receive friends one hour prior to the services at the funeral home in Fitzgerald.

Mr. Jones was born September 1, 1964, in Irwin County, Georgia, to the late L.W. & Yvonne Clark Jones. He was a 1982 graduate of Irwin County High School and played football and was very active in the FFA. He was a supervisor and construction manager with the Morgan Corp. and formerly co-owned and co- operated Southern Rock Construction. Mr. Jones loved hunting, fishing and spending time with his family. He was always laughing and was known as a comedian.