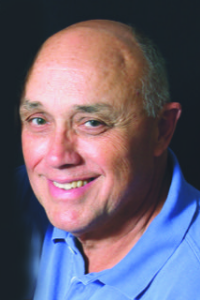 
OUELLETTE, Robert P. of Norwood (formerly of Dedham where he lived for 40 years) – dedicated husband, father, friend and educator of many – passed away on October 23, 2022 after a long illness. He was 78.

Robert was the son of the late Gertrude and Rene Ouellette. Raised in New Bedford, he attended Sacred Heart Elementary and Saint Anthony’s High School. A man who loved learning, Robert earned degrees from Assumption, Bridgewater State, Stonehill, and Bentley as well as studied at the Sorbonne in Paris.

Robert began his teaching career at Dedham High School where he remained for 35 years. He was a well-loved French and Spanish teacher and later became assistant principal. Robert was active in the community of Dedham and with his students. Quick with a smile and a story, he was dedicated to making a difference and helping students to realize their potential. He took his students on multiple trips abroad, led the ski club, advised student council, and engaged in many other activities.

Robert shared a love for travel with his wife, Elizabeth, and together they explored the United States and abroad. Before marriage, Robert made a trip around the world discovering far-off places in Asia, Australia, New Zealand and the Pacific Islands. Robert loved the ocean and was a lifeguard at Horseneck Beach in Westport for 10 years. Never one to shy away from a project, Robert helped family and friends with their home improvement endeavors. He was an avid skier and spent many winter vacations at Waterville Valley. Robert also enjoyed playing blackjack.

Robert is survived by his wife of 51 years, Elizabeth; his children: Suzanne Ouellette of Norwood, and Michelle Ouellette and her husband Lars Unhjem of Needham. He was the cherished “Pépère” to grandsons Anders and Olen. Robert is also survived by his sisters, Elaine Viveiros (Richard), Pauline Swanson, and Lucille Boucher (Ronald) and his brothers Albert Ouellette and Alfred Ouellette (Leanne) along with many nieces, nephews, cousins, and friends.

A Funeral Mass will be held in St. Susanna’s Church, Dedham on Saturday, November 5, 2022 at 9:00 a.m. Attendees are asked to wear a mask during the service. In lieu of flowers, please make donations in memory of Robert Ouellette to the Lewy Body Dementia Association (lbda.org/donate) or the Dedham Education Foundation (dedhameducationfoundation.org/donate).