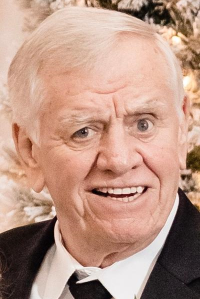 It is with heavy hearts that we announce the passing of Francis X. Foley, loving husband, father, brother, uncle, and grandfather who died peacefully surrounded by his family on October 23, 2022.

Francis was a humble man, with a witty sense of humor and fiercely loyal to his family, his country, and his communities. He served in the Air Force. After finishing with the Air Force he went on to join the Boston Police Department where he served as a patrolman, moving on to The Mounted Police and finally the Boston Bomb Squad. Francis retired from the force in 1992 after being injured on October 28, 1991, suffering for many years due to his injuries.

After retiring, Francis focused his time on his passions which included golf, exercise and most of all, his family. He was selfless with his time, always prioritizing other’s needs before his own, whether it was traveling afar to watch his grandchildren’s sporting events or performances or helping police officers across the country recover and heal from loss and trauma. He will be greatly missed by so many whose lives he touched, especially his grandchildren. Papa, you are our Hero!

Family, friends, colleagues, and others whose lives Francis touched are invited to celebrate his life at the William J. Gormley Funeral Home 2055 Centre St. WEST ROXBURY on Thursday, October 27, 2022, from 3 – 8 pm. Funeral services will be held on Friday, October 28, 2022 beginning at Gormley Funeral Home at 9:00 am, proceeding to Holy Name Parish on Centre St. for a 10:00 am Mass. To live stream the Funeral Mass, please go to https://www.harborview.live. Interment immediately following Mass at Mount Benedict Cemetery, West Roxbury. For directions and guestbook www.gormleyfuneral.com