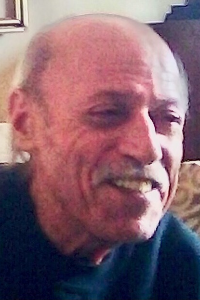 Alfred A. Vasconcellos, 74, of New Bedford died October 2, 2022 peacefully in his home.

Born in Fall River, son of the late Fausto J. and Hilda S. (Serpa) Vasconcellos, he lived in Fall River most of his life before moving to Las Vegas and finally settling in New Bedford.
Fred worked in sales for the majority of his professional career and used his expertise to proudly represent the Veterans Transition House Enterprise Project as the manager of the General's Thrift Outlet. He enjoyed spending time outside, traveling, playing cards with his siblings, listening to music and dancing. Fred was always up for an adventure.

He served in the U.S. Marine Corps.

Fred is survived by his daughter, Lori A. Drolet of Lincoln, RI.

His Graveside Service will be held on Thursday, November 3rd at 11:15 AM at the Massachusetts National Cemetery.