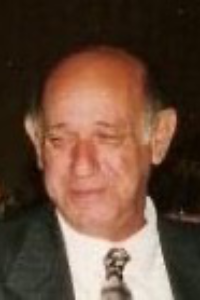 James Todesco, age 78, of Norton, passed away peacefully, in the presence of his loving family on Saturday, October 22, 2022. He was the loving companion of Saundra Slaney of Mansfield and the beloved husband of the late Marilyn (Forsythe) Todesco.

Born in Mansfield, MA on January 28, 1944, he was a loving son of the late Genaro and Josephine (Cataloni) Todesco.

A communicant of Saint Mary’s Church in Mansfield, Jim loved spending time with family and friends alike. He was a member of the “Oak Street Porch Crew” and enjoyed trips to area casinos and drives to Falmouth. He will be sadly missed and always remembered for his “sweet tooth” for candy and popsicles.

Services, along with burial at Saint Mary’s Cemetery in Mansfield will be private and visiting hours are omitted.

Those wishing may remember Jim with a donation in his memory made to Compassionate Care Hospice, 100 Myles Standish Blvd, Taunton, MA 02780.

Arrangements are under the care and direction of the Sherman & Jackson Funeral Home, 55 North Street, Mansfield.