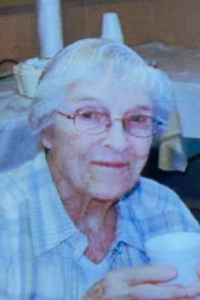 Barbara A. O’Brien, age 101, passed away peacefully at St. Luke’s Hospital in New Bedford on October 17, 2022. Barbara was born in Taunton, the daughter of the late William A. O’Brien & Mabel (Nagle) O’Brien.
Barbara was a graduate of Taunton High School and also St. Luke’s Hospital School of Nursing. Upon her graduation she served her country while in the U.S. Navy during WWII as a nurse. She had resided in Fairhaven since the early 1950’s in her home on West Island. Barbara enjoyed quahogging, boating, taking cruises, traveling, reading, dog grooming and dining out with her friends.
Barbara is survived by her dear friend, Beverly A. Wilson of Fairhaven. She was the last of her five siblings; the late Jay Robert, William E., Edmond, Natalie and Janet O’Brien.
A mass of Christian Burial will be celebrated at St. Mary’s Church in Taunton on Monday, October 24th at 11am. Burial will follow in St. Joseph’s Cemetery in Taunton. Arrangements are under the care of the O’Keefe Wade Funeral Home in Taunton, MA.