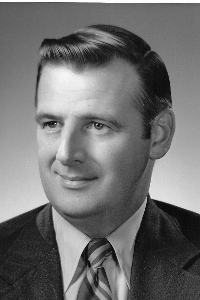 Richard V. O’Connor, 85, a longtime Dracut resident, passed away peacefully with his family by his side on Saturday, October 15, 2022 at his home in Dracut. He was the husband of Elvira (Antico) O’Connor, with whom he shared 48 years of marriage.

He was born on September 25, 1937 in South Boston he was raised and educated in Boston. A son of the late Richard O’Connor and the late Florence (Laneau) O’Connor. He was a graduate of Norfolk County Agricultural High School. He served his country with the United States Army National Guard until his honorable discharge.

Dick worked as a wholesale florist briefly before starting a career in the insurance field. He worked with Equitable Life Insurance Company for over 25 years, retiring in 1999. He enjoyed gardening and was very handy around the house, he also took great pride in his yard.

On Wednesday, October 19, 2022 all are welcome to attend his visiting hours from 4:00 until 7:00 p.m. at the TEWKSBURY FUNERAL HOME, 1 Dewey Street, Tewksbury, 978-851-2061. His funeral procession will begin on Thursday, October 20, 2022 at 9 a.m. from the funeral home, followed by his funeral Mass at 10 a.m. at St. William’s Church, 1351 Main Street, Tewksbury. Burial will follow at St. Mary Cemetery. Please consider sending flowers to the family or a memorial donation in his name to The Multiple Myeloma Research Foundation, P.O. Box 414238, Boston, MA 02241-4238 or at hemmrf.org/get-involved/ways-to-donate/ at anytime. To leave the family a message of condolence, please find us on facebook or use this website.