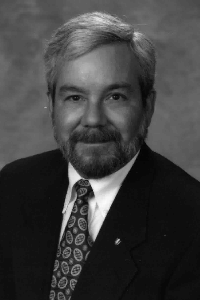 Douglas Cameron Mitchell, loving husband, father, grandfather, and friend, passed away at 71 on Monday, October 10, 2022. Doug was the son of Donald and Anne Mitchell and was born on September 4, 1951. He was raised in Montreal, often traveling with his family to Chicago, where his extended family lived. Always one for adventure, Doug took a job as a deckhand on a sailboat that sailed south on the Atlantic Ocean when he was young. Little did he know that he would meet Elizabeth (whom he called Bets), the love of his life, during a stop at a port in the Bahamas. They reconnected at Dalhousie University in Halifax, Nova Scotia, and were married days after graduation. They have been together ever since, just shy of fifty years. Doug adored his wife and thought she was the most beautiful, caring, thoughtful, and intelligent woman in the world.

Doug grew up playing hockey, and whether it was on the street or the ice, he has always loved the game. His passion for the sport lives on with his grandchildren, who all inherited his love of the ice and his natural ability to handle a stick and a puck. Doug was known for his quick wit, fantastic storytelling, and strong determination. He spent years working in insurance, but his passion was for history. He was a voracious reader and a talented writer. Deemed the king of Trivial Pursuit by friends and family, he always seemed to have the correct answers. Doug was also known for his elaborate cooking and his delicious Sunday breakfasts. He made the most amazing hashbrowns and was always sure to make something everyone liked – even if he had to cook five different meals.

Doug was most proud of his family – he was an adoring husband, a loving father, and a doting grandfather. Doug and Betsy have always put their family first. One of Doug’s greatest gifts is teaching his children the importance of being present, supportive of each other, and kind to people. He spent countless hours shuttling kids to and from sports practices, helping with paper routes, and watching games – regardless of how far he had to drive. Doug loved it all. And when his grandchildren were born, he was excited about having the opportunity to do it all again.

Doug has always been one to defy the odds, regardless of the challenge at hand. Although he eventually lost his battle with cancer, he gave it his all and refused to give up. His family sincerely thanks the many doctors, practitioners, nurses, and staff of Dana Farber and Brigham and Women’s Hospital, who supported him throughout his illness. Doug passed peacefully, surrounded by his family. He is survived by his wife Betsy, his children and their spouses (Chris and Diana Mitchell and Shanna and Andrew Crofton), his adoring grandchildren (Reid, Grant, Rylie, Elizabeth, and Alexander), his brother William, and many extended family members. Doug - you will be forever loved and missed by your friends and family.