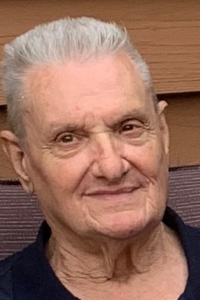 Kenneth was born on September 3, 1939 to Herbert E. Kline and Doris (Strouse) Kline in Huntington, Indiana. He was the youngest of four children. Kenneth graduated from Huntington high school in 1957.

Kenneth moved to Orlando, Florida, where he resided for many years before returning to Indiana at which time he owned and operated his own business in communication equipment for the United States military in Albion, Indiana.

Kenneth had five children, he loved sports the Dallas Cowboys the Atlanta Braves and Notre Dame just to mention a few. He enjoyed boating, water skiing, audio books as well as good food and snacking on his favorite candy. Kenneth found his true passion in life was being Papa to his 15 grandchildren and his 12 great grandchildren, his constant devotion to participate in their lives and encourage their growth was a true reflection of his undying love and commitment to their success.

Kenneth was preceded in death by his parents, Herbert and Doris Kline; his brothers, Clarence (Bud) Kline and Jerry Kline; sister, Dolores (Kline) Holmes and his daughter, Lindsay Kline.

He will forever be in our hearts, we love you Dad (Papa) Rest in Peace in the light of our Father.
Amen

A Celebration of life service will be planned in the near future. Family and friends will be notified.

Memorial contributions may be given to Make-A-Wish Foundation.