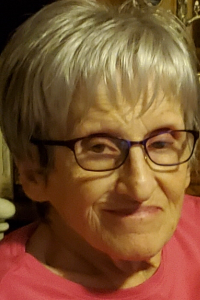 Born in New York City, Marion was raised in the Hell's Kitchen neighborhood. After graduation from high school, Marion worked in New York City as a secretary with Johns-Manville and other companies. In 1968 Marion and her family moved to Bellingham, Massachusetts. She subsequently became a home health aide for Catholic Charities for 25 years as she joyfully filled her call to serve others, especially working with the elderly and disabled.

In her youth Marion was enchanted with the music of Vic Damone and Mario Lanza. Later in life Marion attended the band concerts and plays featuring her children and grandchildren. The cinema was an affordable escape from working class life in post-World War II New York City, especially during the hot summer months, and she very much enjoyed seeing the latest comedies, romances, and action-adventures. Marion shared her love of movies with her children and grandchildren, taking them to see the newest releases whenever she could.

Marion's biggest love was her family and friends. There was nothing that filled her heart more than time with loved ones. Traveling to see her mother, sisters and brother, celebrating holidays with her children and grandchildren, visiting relatives in upstate New York and family in Denver, and meeting up with her good friends Edith Yeomans, Joanne Haskell, and the late Marguerite Wyatt were only some of the many events and occasions Marion cherished. Marion made time for those who needed her, tried to make everyone feel welcome in her home, and opened her heart to new members of the family.

A memorial mass and interment will take place in the spring. Marion will be laid to rest with her husband and son in Hopedale Village Cemetery, Hopedale, Massachusetts. In lieu of flowers, please make a donation to St. Jude Children's Research Hospital, 501 St. Jude Place, Memphis, TN 38105.
Arrangements are under the care of the Ginley Crowley Funeral Home., Medway (www.ginleyfuneralhomes.com).