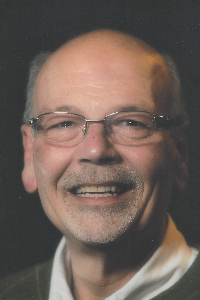 Ernest is survived by his husband, Dr. Scott H. Gonzalez, his children a son, James Reeks and fiancée, Jennifer Diaz and a daughter, Tiffany Atchue and partner Kevin Keavany, two grandchildren, Jenna and James Jr., his brothers and sisters, Steven Reeks, Michael “Chick” Ciuffredo, Jr (wife Doreen), Michelle Sargent (husband Glenn) and Sandra Frazier (husband Travis) and many nieces and nephews. Ernest was born in Worcester, and was predeceased by his mother and father, Rojean (Samia) Ciuffredo and Michael Ciuffredo. and his ex- wife Mary Reeks. He was also predeceased by a son John - Michael Reeks. He graduated from Millbury High School High School and attended Clark University.

Mr. Reeks was a hospitalist administrator for Reliant Medical Group. Before then he was an administrator for 26 years with the Auditor’s Office of the Commonwealth of Massachusetts. Early in his career he worked for Digital Equipment Corp.

John (as he liked to be called) was heavily involved with the Mason's for many years and did lots of community and charity work in Worcester.
He was a lover of dogs but most especially of the family and friends in his life. Everyone who met him always wanted to know him and everyone who knew him always had a smile.

A Celebration of Ernest's Life is being planned for a later date. Dirsa – Morin Funeral Home, 298 Grafton St, Worcester is assisting with service arrangements. Donations in his memory can be made to the American Humane Society, Petfinder or the Worcester Animal Rescue league.