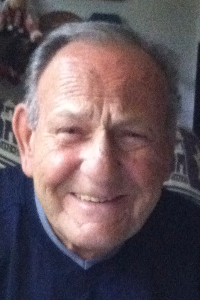 Louis C. Chaisson, 89, a longtime Tewksbury resident, passed away peacefully with his family by his side on Wednesday, October 5, 2022 at his home at Bayberry on Emerald Court in Tewksbury. He was the widower of Loretta (Manie) Chaisson, who passed away in 2004 after sharing 43 years of marriage together.

He was born on August 6, 1933 in Cambridge and was raised in that area. A son of the late Joseph Chiasson and the late Sophie (Aucoin) Chiasson, he was a graduate of Rindge Technical School in Cambridge. He then joined the Navy as a very young man, so young that his mother had to sign paperwork to allow his service. His service to our country with the United States Navy lasted 3 years during the Korean War before he was honorably discharged. Mr. Chaisson worked for the United States Postal Service as both a letter carrier and as a supervisor, spanning a career of over 40 years before his retirement.

“Sweet Lou” as he was affectionately known, loved the beach and the ocean. He also loved to read, especially books about World War II, in which he had a keen interest and studied frequently. He also loved big band music, and camping, he was a man who put family first. He was a civic minded individual with a focus on service to his community, serving as a coach for his children's various teams. He was also a member of the Knights of Columbus Council #4336 where he achieved the rank of Grand Knight and was a devoted parishioner of St. William ’s Church, where he served as a eucharistic minister. He was an integral part of the St. William’s Men’s Club and helped organize bingo as well as other activities within the church.

He was a brother of the late Vincent Chaisson and the late Reverend John "Jack" Chaisson. He was also the brother in law of the late Patricia (Quinn) Chaisson.

On Wednesday, October 12, 2022 all are welcome to attend his visiting hours from 4:00 until 8:00 p.m. at the TEWKSBURY FUNERAL HOME, 1 Dewey Street, Tewksbury, 978-851-2061. His funeral procession will begin on Thursday, October 13, 2022 at 9 a.m. from the funeral home, followed by his funeral Mass at 10:00 a.m. at St. William’s Church, 1351 Main Street, Tewksbury. Burial will follow at St. Mary Cemetery. Please consider a memorial donation in his name to the Cape & Islands Veterans Outreach Center, 247 Stevens Street, Suite E, Hyannis, MA 02601 or at capeveterans.com at anytime. To leave the family a message of condolence, please find us on facebook or use our website.