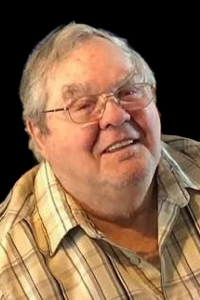 John D. Brunette 83 of Halifax, formerly of Quincy, died Wednesday October 5. He was the beloved husband of 39 years to Linda (Cellucci) Brunette.

Born and raised in Michigan, he was the son of the late Russell and Lorina (Richards) Brunette and a graduate of Grand Ledge High School.

John had proudly served for six years in the US Navy, aboard the US Lake Champlain and had been aboard ship when they recovered the capsule of Astronaut Alan Shephard. While in the Navy he earned several medals for his boxing talents.

Prior to his retirement and move to Halifax thirteen years ago, John had been a longtime employee of Russelectric of Hingham. He was also an avid sports fan.

He was predeceased by his son Michael, grandson James, siblings Russell, Kenneth and his wife Marlene, Charles and his wife Joanne, Donald and his wife Sally, Gary, Daniel and his wife Mercedes, Carol and her husband Dwayne and Marylou.

Family and friends are invited to attend his visiting hours on Monday October 10 from 4:00-7:00 PM in the Blanchard Funeral Chapel, Plymouth Street (Rte. 58 @ the rotary) Whitman, and his funeral service on Tuesday October 11 at 10 AM in the Chapel. Burial will follow in the Central Cemetery, Halifax.

Donations in John's name may be made to the charity of one's choice.