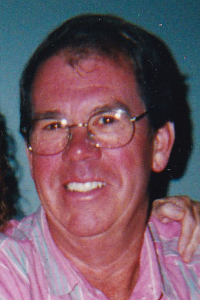 Robert L. “Bob” Phillips, 78, heeding the call “it’s 5 O’clock somewhere” Bob sailed into the sunset at 5:05pm on Saturday October 1st, 2022. He was the husband of Catherine E. “Cathy” (Halloran) Phillips. They had been married for 50 years.

A son of the late Leon and Lillian (Broster) Phillips. He was always proud to say he was born on Groundhogs Day. Bob grew up in North Providence along with his nephew Roy, close enough to be brothers, they shared many adventures in the skunk hallow area near Centerdale.

Bob was exceptionally talented carpenter and exquisite cabinet maker. He took pride in all of the homes he built in North Providence, Scituate, and surrounding towns; however, crafting every detail in building his own home provided him with great joy and satisfaction.

He was always willing and available to lend a hand and a hammer, and his expertise to many neighbors and friends with their own projects. It was a normal day to find a gathering of friends at his workshop to work on a project or simply to visit and socialize.

He enjoyed boating on Narragansett Bay, be it just floating or fishing or his many trips to the other love of his life Prudence Island, where he enjoyed many friendships.

Bob found a new circle of friends at Steere House in Providence, where he resided for the last three years due to the progression of Alzheimer’s disease.
The care and love he received was second to none. Bob will be remembered as a caring devoted Husband, Father and Friend.

He also leaves his daughters Jill Robbins and her husband Gene and Karen Phillips. He was the brother of the late Muriel G. Underwood and Gordan B. Phillips

A Memorial Mass will be held Monday, October 10th at 10am in St. Raymond’s Church, 1240 North Main Street, Providence. A receiving line will be held after Mass. Visitation is respectfully omitted. Burial will be private.