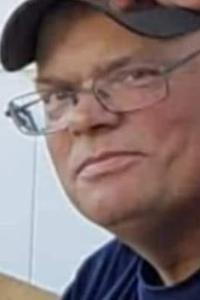 Holden: Mark Andrew Brotherton passed away on Tuesday, October 4th, 2022. He had been diagnosed with Leukemia in 2019 and contracted Pneumonia during his strenuous fight against cancer. He leaves behind his loving wife of 33 years Kathleen A. Brotherton his son Curtis L. Harding, daughter-in-law Maria Cecilia A. Harding, his son SSgt. Matthew A. Brotherton, USAF, daughter-in-law Anne Fely A. Brotherton, his daughter Amanda H. Gjoni & her husband, as well as his grandchildren: Lorelai, Beni and Geralt & his beloved pet cat Richie. He is also survived by his siblings Kim Brotherton Giorgio, Luke Brotherton, and Kent Brotherton. He leaves behind his best friend, Walter Cross. Mark was predeceased by his parents George and Helen, and his brothers Peter, Paul, David, and Rex.

Mark was born in Worcester on June 17th, 1964 to George and Helen Brotherton. He graduated from Burncoat Senior High School in 1982. From there he served 5 years as a machine operator at Polar Beverages in Worcester, then 10 years at Komtek to forge as a steelworker, and finally 20 years as a Vending Machine Mechanic at Pepsi Co. in Holden. Mark took great pride in all his jobs, and thanks to his ceaseless efforts as a worker, he earned the title of Certified Forging Technician at Komtek Forge in Worcester, MA. Forging steel was a job for which he held immense passion. He took incredible pride in forging various components, from airplane parts to hip replacement pins. Working with his hands and creating was something that Mark loved to do, both on and off the job. He was a staple in the Holden and Worcester community.

Mark was a man of many interests and hobbies. It was a rare day if you didn’t find him with his nose deep in a 1,000 page book (that he could churn out in a day). From reading, building models, and playing Magic The Gathering, he kept himself busy. He loved Star Trek & Star Wars as well. Mark kept himself involved with things he loved. He was a tremendous history fanatic, and could pull facts and dates out of thin air on just about any subject. He could also tell you the exact make and model of any plane flying overhead. Ask anyone who knew him, and they would tell you that he was the funniest guy with the quickest wit and humor. He could tell a story and captivate the crowd. He cared deeply and immensely for his family, and would do anything for his friends, of which he had many. To say he will missed is an incredible understatement.

The family wants to give a special thanks to the staff in 8 North and the ICU at UMASS, along with Dr. Frederick Baker of Holden and Dr. Patel for their compassionate care of Mark over the years.

Calling hours will be held on Monday, October 10, 2022 from 3-5 p.m. in Nordgren Memorial Chapel 300 Lincoln St. Worcester. A funeral will be held on Tuesday, October 11, 2022 at 11:00 a.m. at the funeral home. Burial will follow in St. Mary's Cemetery in Holden. In lieu of flowers, donations in Mark's memory may be made to The Leukemia & Lymphoma Society, or LLS For directions or to leave an online condolence message, please click guestbook link.