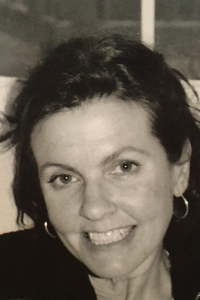 Shelley Renée Gardner, of Mystic, passed away at home on Thursday evening, September 29, 2022, at the age of 61, after a year-long battle with pancreatic cancer. Loved ones were by her side.
She was born on April 15, 1961, in Willimantic, CT, to Lurline and Brian Gardner.
Shelley attended Saint Mary’s Catholic School in Willimantic, Windham High School, and graduated from Robert E. Fitch High School. She began her lifelong career in education by earning an undergraduate degree from Eastern Connecticut State University and a Master’s in Education from the University of New Haven. She began teaching special education at Eastconn in Columbia, CT, and later transitioned to the Groton Public School System, where she also served on the Board of Education. In the later part of her career, Shelley was a passionate educator, mentor, and role model at the York Correctional Institution, helping to rejuvenate the lives of numerous women with troubled pasts.
First and foremost, Shelley was a devoted, loving grandmother—“Mimi” to Max and Leah. She was a vigorous reader of many topics; she was a passionate, authoritative voice in education; and, she was an enthusiastic foodie.
Shelley is survived by her parents; husband, Scott Russotto; daughter and son-in-law, Catrina and Michael DiPace; grandchildren, Maxwell and Leah DiPace; four siblings, Neal Gardner, Susan Cardinal, Lisa Gardner, and Eric Gardner; and several nieces and nephews.
At Shelley’s request, there will be no calling hours.
To share a message of condolence or remembrance with her family, please click the link below.