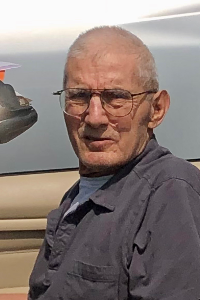 Paul J. Espinosa, 81, of Homestead Avenue, Rehoboth, died Monday, October 3, 2022 at Country Gardens Nursing and Rehabilitation Center. He was the husband of Maureen (Kennedy) Espinosa. They had been married for 55 years.

Born in Council Bluffs, Iowa, he was a son of the late Fred Espinosa and the late Nona May (Foote) Pavich. He had lived in Red Oak, Iowa before moving to Rehoboth.

Paul had worked as a supervisor for Nyman Manufacturing before retiring.

Visitation will be held Saturday from 9-10am in the Anderson-Winfield Funeral Home, Rt 44 at Greenville Common, Greenville followed by a funeral service at 10am. In lieu of flowers donations in he memory may be made to American Cancer Association, 931 Jefferson Blvd, Suite 3004, Warwick, RI 02886